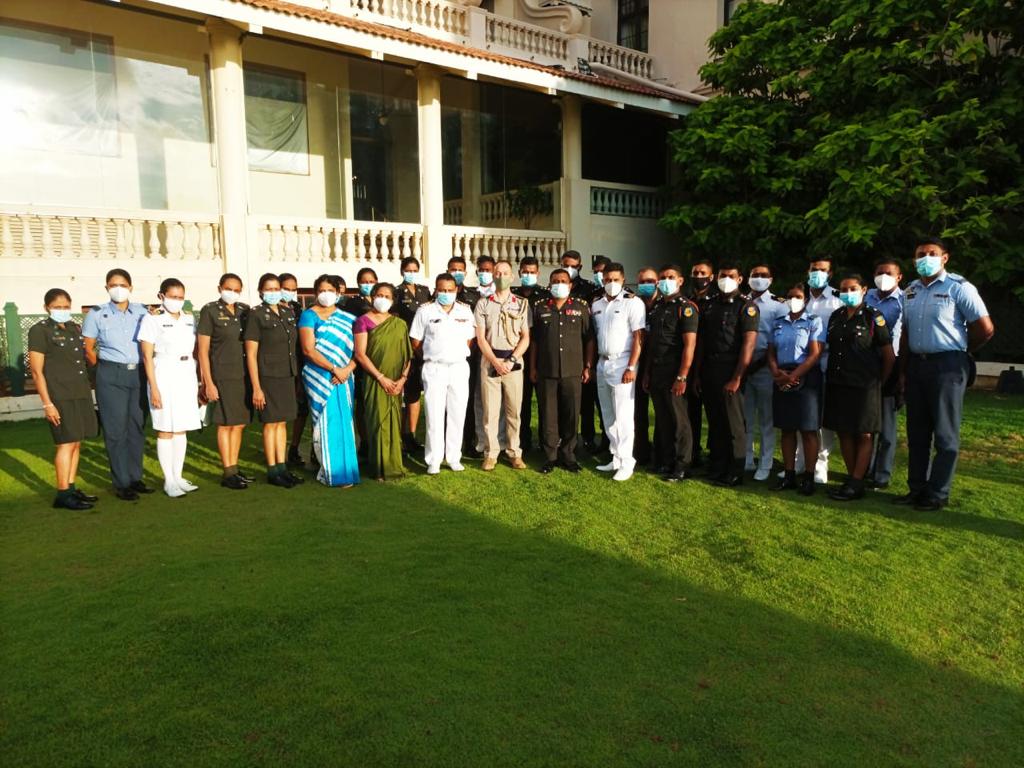 From 22-26 November the Military Department delivered an online course on operationalising the law of armed conflict to legal advisers from the three armed services of the Sri Lankan Tri Forces and Ministry of Defence. The event was arranged on the initiative of the British High Commission Defence Advisor Colonel David Ashman and financially funded in total by the High Commission as part of the UK Foreign, Commonwealth and Development Office development programme. The aim of the course was to increase the depth of knowledge of International Humanitarian Law among the participants. This was approached from a practical rather than a theoretical/academic viewpoint in order to develop their skills at providing timely and accurate legal advice on operational matters and thereby ensure greater adherence to IHL. The course consisted of a mixture of presentations and syndicate exercise work where the participants developed the advice they would give to commanders in a number of legally challenging scenarios.

The course was a new development for the Department because all the course participants were co-located at a conference facility in Colombo, Sri Lanka, while the teaching staff delivered remotely from locations as diverse as South Africa, Germany and the UK with the central organisation coming from the Military Department project staff at the Institute in Sanremo. The course participants ranged in rank from Lieutenant (Navy) to Brigadier (Army) and many had previously attended an Institute course in Colombo in 2019.

Col Mark Dakers, the Director of the Military Department would like to thank Col Ashman and his staff in Colombo, particularly Senalie Hettiarachichi and Priyadharrshini Thillainathan. Their support was central to this initiative being successful. The project has been developed over the last 12 months and it is hoped further similar events can be arranged in the future. The Military Department wishes success to all those who attended in ensuring the adherence to IHL in the future and disseminating it among the Sri Lankan forces at all levels. It would also like to thank once again the BHC and FCDO for funding the project.