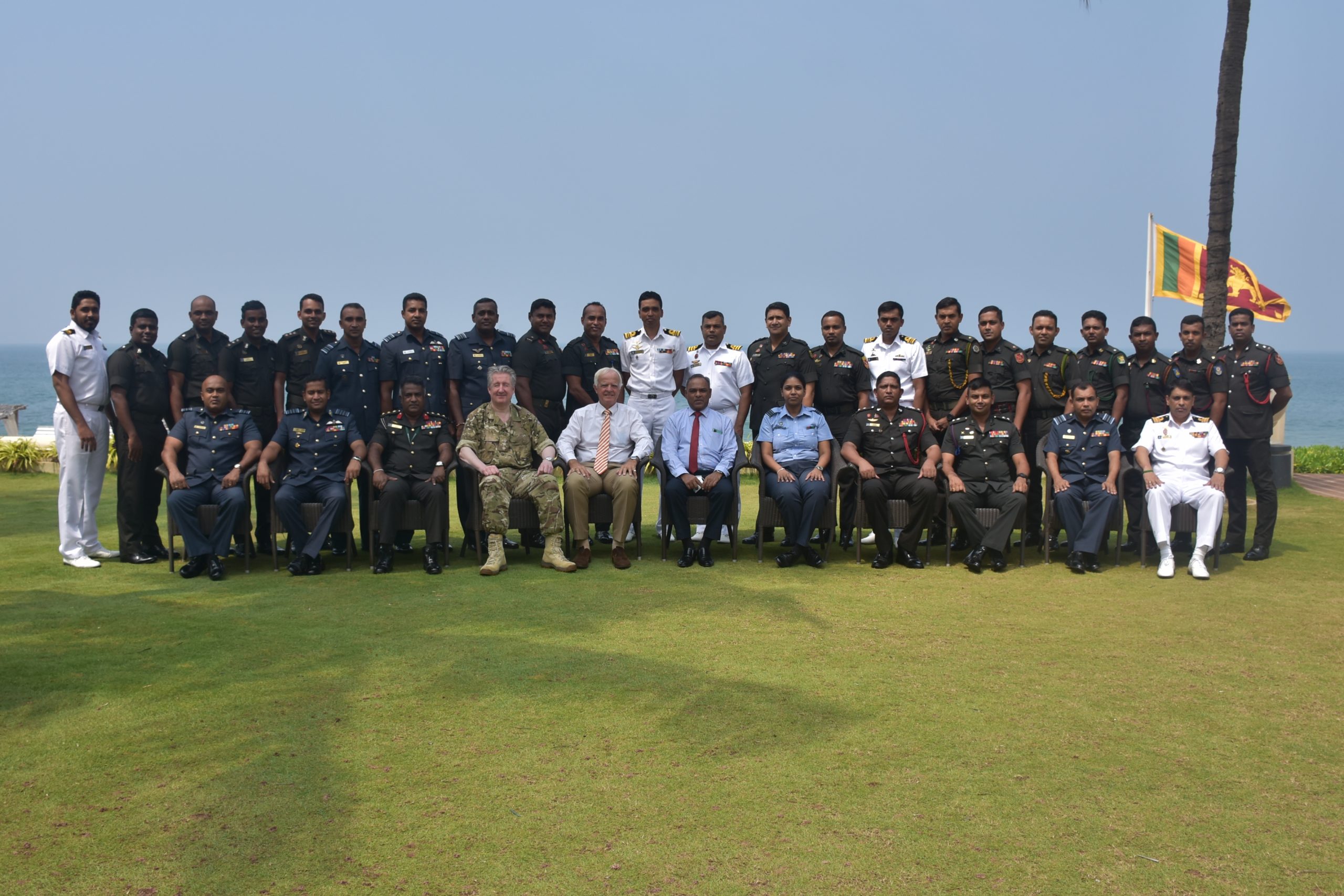 This Monday 7th March, the Director of the Military Department Colonel Mark Dakers had opened the Rules of Engagement Course for Sri Lankan Armed Forces in Colombo, Sri Lanka.

Over the following five days, the 30 participants examined the relationship between the legal, political, and operational parameters in the formulation of ROE and the inherent tensions between the competing concerns of risk to mission and risk to force. Colonel Dakers, assisted by Squadron Leader Lilangi Randeni, delivered presentations going from the legal bases for the use of force under IHL and how this influences the ROE development to the definitions and relationships of Self-Defence, Hostile Intent and Hostile Act to ROE. The fundamental aspect in this course is that the participants were asked to engage in various exercises drafting ROEs for a wide range of single service, joint and multinational operations whilst using the Sanremo ROE Handbook.

Colonel Dakers would like to thank Mr Jacques Lemay, ICRC Armed and Security Forces (FAS) Delegate to Sri Lanka as well as Mr Channa Jayawardena, ICRC FAS Programme Advisor to Sri Lanka for the invitation and the support and the Sri Lanka Air Force for releasing Sqn Ldr Randeni to assist in delivering the course.