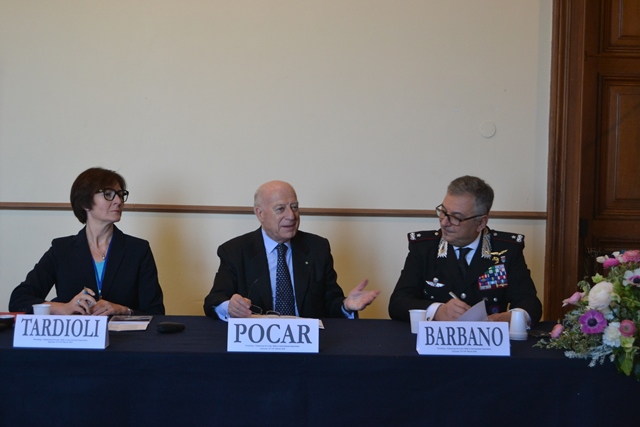 In 2000, the UNSC unanimously adopted Resolution 1325 on Women, Peace and Security (WPS), recognising, for the first time ever, that gender inequalities exacerbated in situations of armed conflict hamper the establishment of sustainable peace and development. The UNSCR 1325 acknowledges the disproportionate impact of armed conflict on women and children, and calls upon international actors to introduce specific measures and actions to tackle this crucial problem. Since the adoption of UNSCR 1325(2000), Italy has strongly supported the Women, Peace and Security Agenda. In this fast-changing world and current international scenario, Italy confirms its efforts in this regard, also in line with the outcome of relevant international Conferences, starting with the breakthrough of the Fourth World Conference on Women held in Beijing in 1995. The Italian Government attaches the utmost importance to women’s role in transforming society: this is the heart of UNSCR 1325 (2000) and confirms the importance that Italy attaches to preventing all forms of discrimination and violence. The Italian Government’s efforts are directed towards implementing, inter alia, the National Extraordinary Action Plan on Sexual and Gender-based Violence, adopted in July 2015, and the more recent National Plan of Action on the Fight against Trafficking, adopted in February 2016. Furthermore, Italy’s Third National Action Plan in accordance with UNSCR 1325 (2000) has a specific focus on the condition of women and girls in conflict and post-conflict situations, as well as fragile States, as survivors and, overall, “agents of change” with the objective of improving Italian capacity to support affected populations during all stages of peace operations (conflict prevention and mediation; peacekeeping; peace-making; peace-building; recovery and reconstruction). Within Italy’s Third National Action Plan,  the International Institute of Humanitarian Law (IIHL), based in Sanremo (Italy), has designed a specific project “Enhancing training on Women, Peace and Security: integrating gender perspective into international operations”. This initiative aims at raising awareness by delivering specific training within the framework of the WPS agenda on gender, diversity and related issues for personnel of armed and security forces as well as civilian personnel engaged in armed conflict scenarios, with the main objective of further integrating the gender perspective into conflict prevention, peacekeeping, peace-making and peace-building. Within this framework the Institute, in collaboration with the Carabinieri Centre of Excellence for Stability Police Units (CoESPU), organized a workshop – the first of a series of three – on “Enhancing Diversity Skills in International Operations”. This workshop, which was held in Sanremo from 12 to 16 March 2018, focused on the integration of the gender perspective into international operations and was attended by military personnel from Italy, Burkina Faso, France, Niger, Senegal, Uganda and the United Kingdom as well as NATO officials and gender advisors. The workshop was officially opened by Professor Fausto Pocar, President of the IIHL, with the participation of Minister Plenipotentiary Francesca Tardioli, Deputy Political Director and Principal Director for the United Nations and Human Rights of the Italian Ministry of Foreign Affairs and International Cooperation, and Brigadier General Giovanni Pietro Barbano, CoESPU Director.
Share on Facebook Share on Linkedin Share on twitter