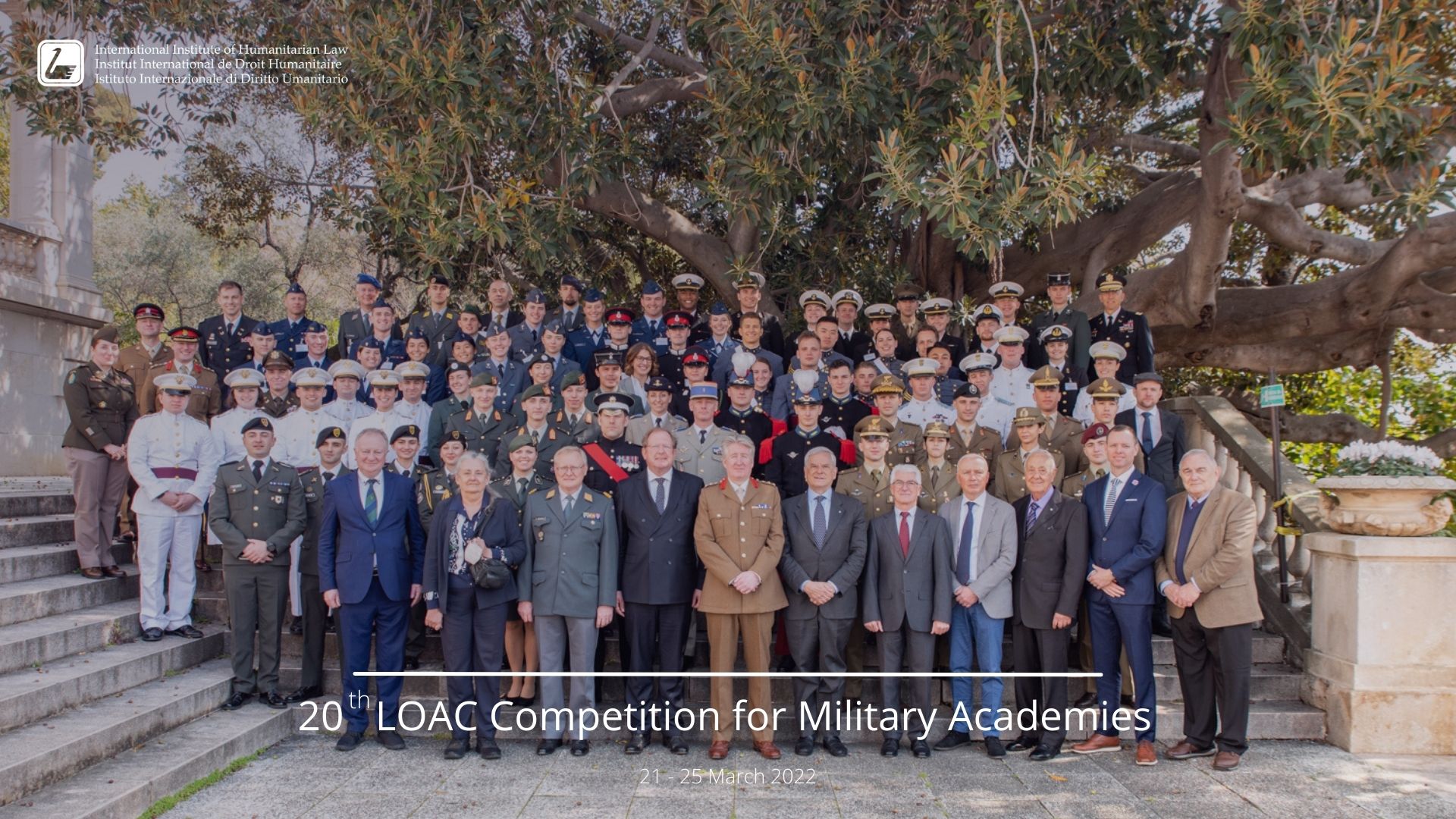 After having arranged last year’s edition online due to the pandemic, it is with great pleasure that the Military Department could host the 20th edition of the distinguished IHL Competition for Military Academies back at the Institute from 21th – 25th March 2022.

Brig. Gen. Karl Edlinger and LTC. Shawn McKelvy, the co-directors of the competition welcomed 62 cadets coming from 15 Military Academies from Italy, France, Norway, Switzerland, the Netherlands, Georgia, United Kingdom, and USA. This year’s event saw also the first participation of one team from The Citadel, the Military College of South Carolina.

The Military Academy Cadets were introduced to the Law of Armed Conflict and asked to build an international understanding not only of the legal, but also moral aspects of warfare among each other as those that will shortly be joining the brother- and sisterhood of arms.

The closing and award ceremony was led by Col. Mark Dakers, the Director of the Military Department, as well as the two co-directors of the Competition and the IIHL President, Prof Edoardo Greppi. Traditionally, all the Cadets and their Team Leaders had to elect either an individual cadet, Academy, or mixed team who during the Competition most embodies the “Spirit of Sanremo”. The prize this year was assigned to the Swiss Team, the Militärakademie an der ETH Zürich.

Watch the video of the 20th Competition: